The Grand Prize of the 8th Umaku Nureru Best Work Awards was awarded to the dramatic renovation of the walls around the gate of a temple, which were coated using Umaku Nureru (For Undercoat) and Umaku Nureru (For Finish Coat). Setting up a ladder, the chief priest of the temple applied shikkui to the walls on his own. The work changed the walls dramatically, from old and stained to gleaming white. 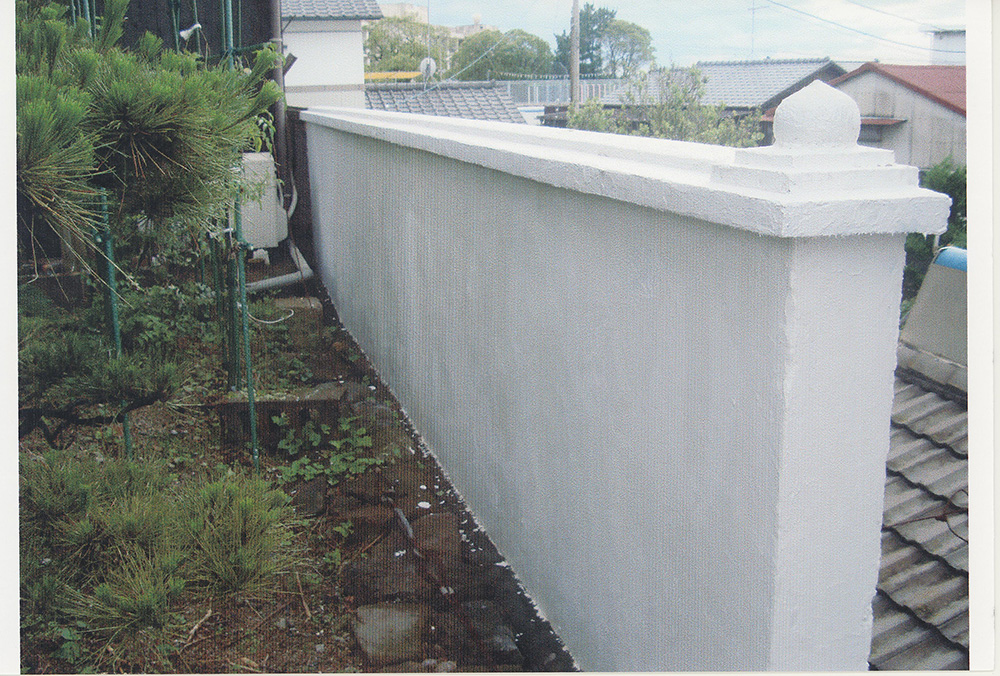 Hongaku-ji Temple, founded more than 500 years ago. Four days of plastering was all it took to dramatically renew the old walls around its gate, which had been covered with black stains. The result? Gleaming white walls! 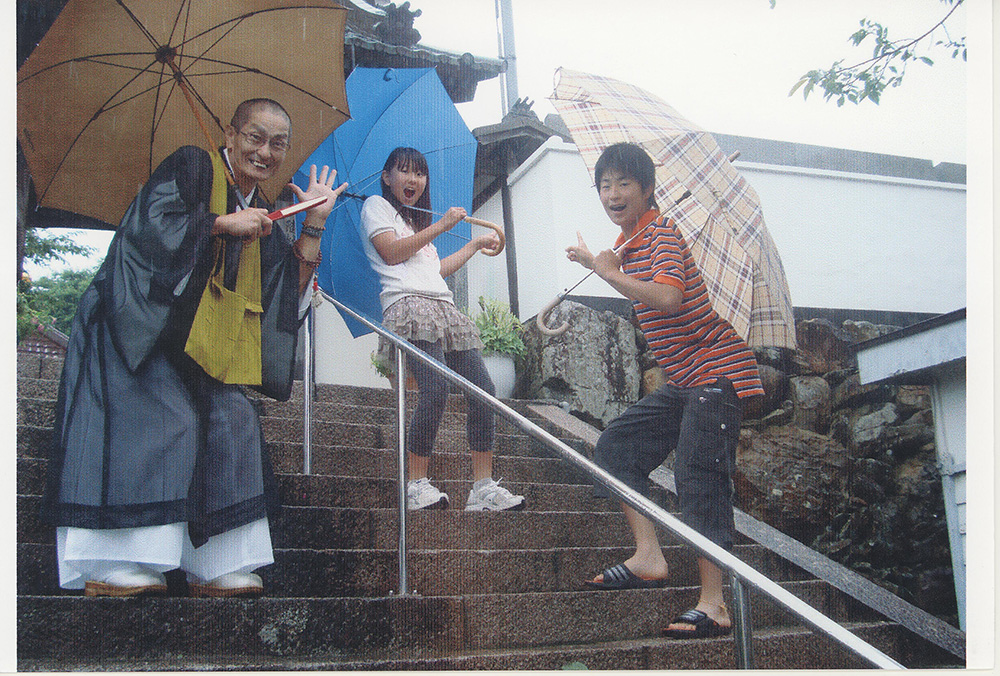 “Say cheese!” -- A photo taken to commemorate the completion of the work

Following instructions from the Umaku Nureru DVD manual, the chief priest took to his ladder with his tools and completed gleaming white walls in just four days. This commemorative photo taken with his children shows how happy he was (and how impressed they were) with the work.

Thanks to the DVD manual, I got better and better at applying the plaster as I used the Umaku Nureru undercoat, and I was quite skillful by the time I applied the finish coat.