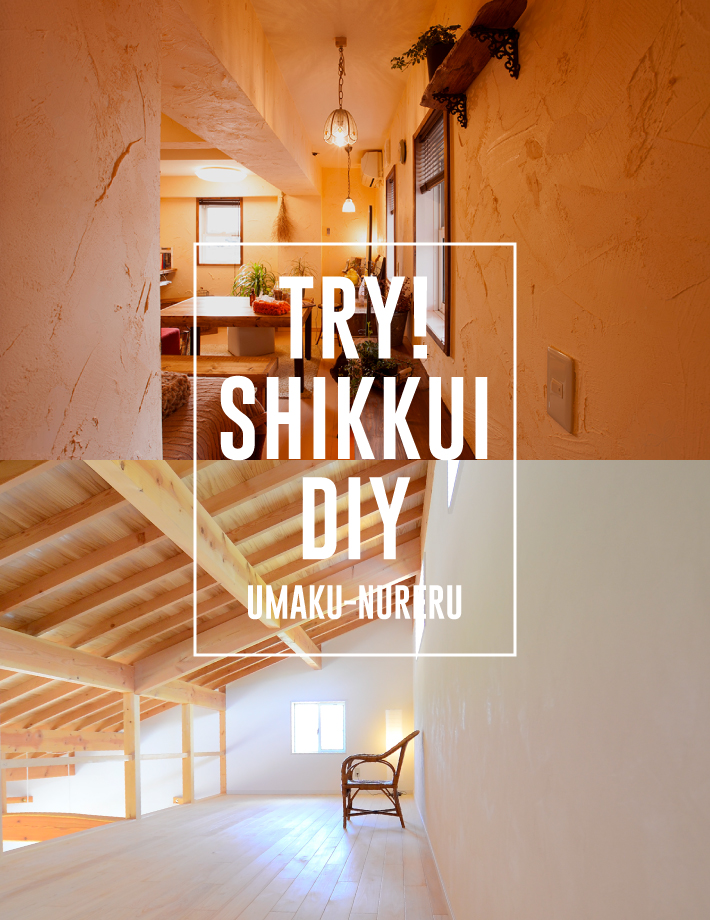 Umaku Nureru is a shikkui plaster for DIY use. Designed to allow any user to plaster any surface, it is the first plaster intended not only for professional plasterers but also first-time DIY users. It is a shikkui* of the highest quality, unmatched by competitors’ products. Manufactured at our state-of-the-art plant, Umaku Nureru is the fruit of the technological capacity and manufacturing power that Nippon Plaster Co., Ltd. has cultivated over the course of its 90 years of history as a shikkui manufacturer. 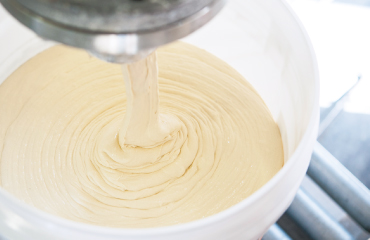 Umaku Nureru is a safe, reliable shikkui sold at home centers throughout Japan, and has become the first choice of a growing legion of customers since its launch in 2003. We are committed to offering the unique comfort of shikkui to customers who choose to finish their homes with this natural material. And we are equally serious about continuing to fulfill our other mission, which is to provide information on safe and enjoyable methods of applying shikkui to customers who want to use the material for themselves. 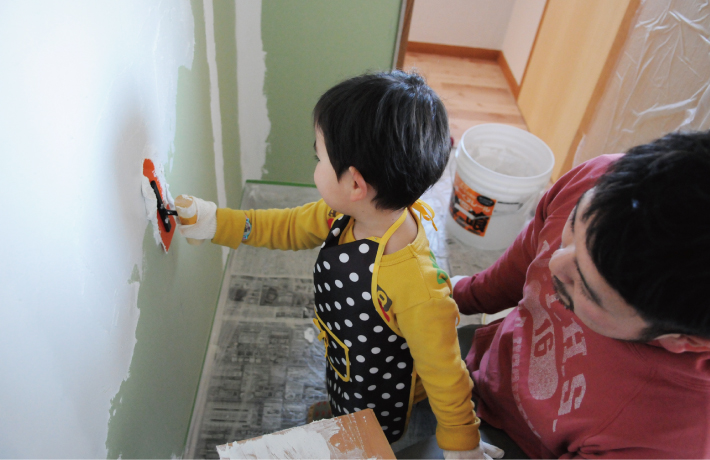 *Shikkui is the Japanese word for lime plaster, a material for which hydrated lime (calcium hydroxide, or Ca(OH)2) is generally used as the solidifying agent. Lime plaster is used to coat walls, and is applied using a trowel. The main ingredient of Umaku Nureru shikkui plaster for DIY is hydrated lime produced by calcining and slaking limestones mined in Sano City, Tochigi Prefecture, where Nippon Plaster Co., Ltd. is located.

Why not make your living environment more comfortable with shikkui? 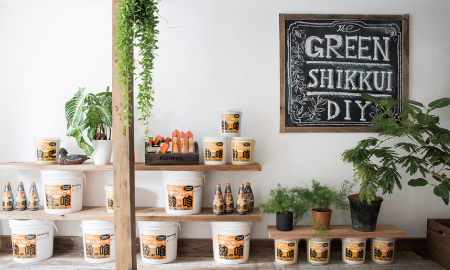 Why not enjoy the experience of applying shikkui for yourself? 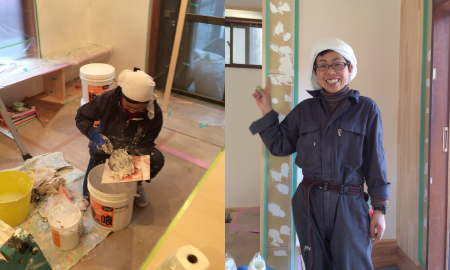 Umaku Nureru was developed especially for DIY lovers who want to enjoy working with shikkui for themselves. Safe, reliable and strong, it is the product of the technological capacity and R&D ability of a company with a long and rich experience of manufacturing and marketing shikkui. Our goal is for you to enjoy doing it yourself with shikkui, and to experience living in the comfortable space that you have created for yourself using this natural material.