With a little one on the way, this couple beautified their house by applying shikkui to walls which were previously covered in scribbles and stains. But they didn’t stop there. They also finished the ceiling of the same room with Umaku Nureru, giving the room a soft, natural atmosphere. They were sure that their baby would be as happy with the new space as they were!

Turning a storage area into a comfortable space

Four years earlier, Mr. S., who is a joiner by trade, renovated what had previously been a storage room. When his wife discovered that she was pregnant, he decided to completely re-create this room for their new arrival. How to fix walls covered with scribbles and stains? With shikkui ! Plastering the walls and ceiling with Umaku Nureru allowed these young parents to create a comfortable space for their soon-to-arrive baby.

A shikkui that can be applied directly to the original surface

Having an interest in modern architecture, Mr. S. had settled on the use of shikkui to renovate the room. Researching the subject, he found a plaster that could be applied directly to the surfaces in the room – gypsum boards and painted walls. This plaster was Umaku Nureru . And even better, it was easily available from a local home center, making it even more convenient. 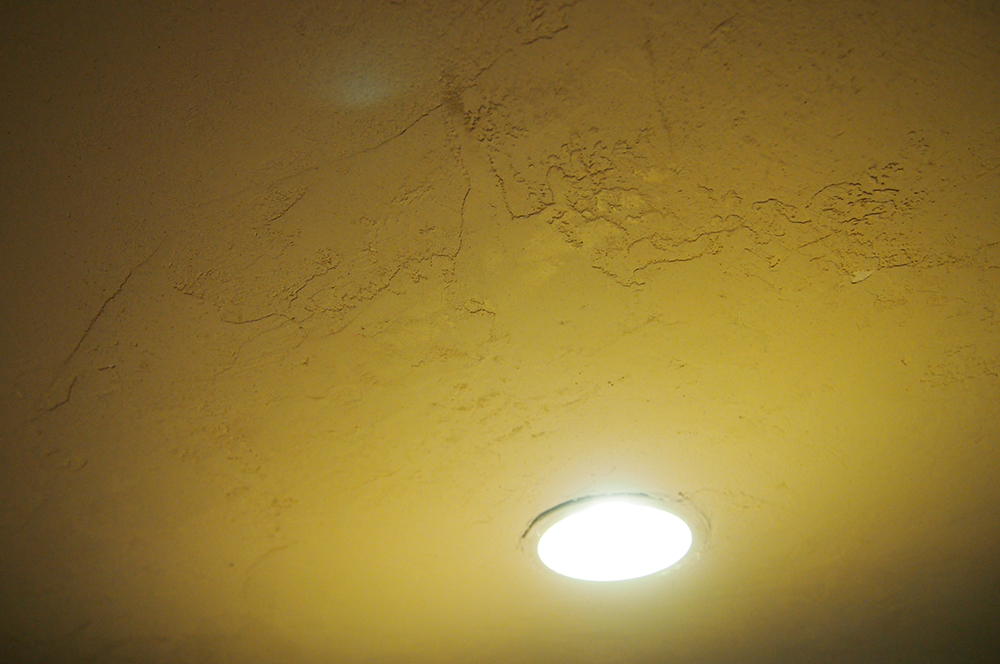 With the help of his wife, Mr. S. applied shikkui for the first time in his life. He told us that he was able to plaster the surfaces more cleanly than he expected, although he found it difficult to achieve a flat finish like a professional plasterer. He also used Umaku Nureru for the ceiling. The unique shading created by the combination of shikkui and downlights has created a pleasant feeling! Mr. S. found that his manual dexterity as a professional joiner allowed him to achieve a rounded finish on the corners of the room.

The young couple chose Powder Gray as their preferred color of Umaku Nureru . When the job was finished, they were two very satisfied customers, surprised to find themselves in a new room with a soft and welcoming color and a natural atmosphere. They were looking forward to enjoying the comfortable space that they had created with their new arrival!